Inflation is the general term that refers to an increase in the price level of goods and services. This increase can be caused by factors such as increased demand, increased supply, or cost-of-living changes.

Inflation is one of the most important economic indicators because it has a significant impact on how much people have to spend on things like food, rent, gasoline, etc.

Inflation is the rise in the general price level of goods and services. It can be caused by a number of factors, such as increased demand, supply shocks, or government policies.

Factors such as shortage in supply & geopolitical issues can give rise to inflations. Another major cause is the continuous printing of money by governments. Which ultimately lowers the value of money and causes inflation.

To economists, inflation is merely a measure of how the prices of several products are growing across time. The Bureau of Labor Statistics keeps track of how much on average a market basket of goods costs each month.

How does inflation affect the economy?

Inflation can both, directly and indirectly, impact the economy in a major way. Here’s how:

Direct impacts of inflation on the economy

Inflation is often a sign that an economy has reached its potential output, which means that it is time to start reducing government spending and taxes to avoid overheating the economy.

The inflation tax is an economic phenomenon that occurs when inflation erodes the real value of wages and savings, making them lose purchasing power. This leads to a decrease in living standards and wealth inequality.

High rates of inflation harm the economy primarily by reducing the purchasing power of consumers (and firms). To the extent that the prices of goods are rising at a faster pace than household income, households will feel poorer (even if their income is increasing).

This is crucial for understanding why many consumers currently hold negative opinions about the current economy.

If consumer purchasing power is sufficiently eroded, this implication of high rates of inflation could lead to a recession.

Learn more about how small businesses help the economy

indirect impacts of inflation on the economy

Outside of this direct harm of reducing consumer living standards by reducing their purchasing power, the most common “cure” for inflation (rising interest rates) has its own implications on the economy.

First, it will make the price of borrowing more expensive, which directly impacts the ability of households to purchase homes, cars, or other goods using credit.

Both of these impacts of higher interest rates could potentially contribute to the economy slipping into a recession.

How does inflation affect the stock market?

The stock market is affected by inflation because it causes people to buy less, which leads to lower demand and an economic recession.

It is important to remember that a change in the inflation rate can have an impact on the stock market.

If inflation rates are increasing, then investors may be more likely to invest in stocks, because they will see the value of their investment grow with the increase in inflation rates.

The Dow Jones Industrial Index showed ZERO growth over the ENTIRE period from 1965 through 1980 due to inflation.

To the extent that investors are concerned about the possibility of a recession or any slowdown in economic activity (following the high rates of inflation), one could expect the declining share prices we have seen over the past month.

Specifically, if investors do expect high rates of inflation to persist well into the future, it could make certain securities more or less attractive.

It’s no surprise that inflation is a huge drawback in the advancement of an economy. It has its effects all over the financial market. Without keeping inflation in check no economy can reach its peak potential. 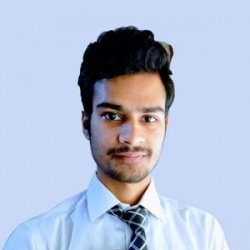 Mohaiminul Sharif
A passionate writer who loves to write about Business and IT.

2 thoughts on “How does inflation affect the economy & stock market?”